Another one bites the dust

It’s been a while since Google killed off a perfectly functional app or service for no apparent reason. But the dry spell is finally coming to an end as the company prepares to shut down the AR-based Measure app. The Measure app has been around since the Project Tango days. Back then it was exclusive to select Tango-powered devices. However, it made its way to millions of Android phones as Google put an end to the Project Tango initiative and replaced it with ARCore. But it appears the app has reached an End of Life (EOL).

As spotted by Android Police, Google has taken down the app listing of Measure app from the Google Play Store. The app still shows up for users who have previously downloaded the app at least once or currently installed it on their device, but the changelog now mentions this is the “final version. No further updates will be published.” The description has also been updated with the following message:

This app is no longer supported and will not be updated. Users who previously installed this app can continue to use it on compatible devices.

Like other ARCore apps, the Measure app didn’t require any special hardware and used your on-device camera to measure the height, width, and length of objects. I have personally used the app several times in the past, and it worked really well. But looking at user reviews and comments, it looks like the app was plagued with issues and crashed a lot. The app last received an update back in January last year. If you have the app installed on your device, it will continue to work, but there won’t be any new updates. In the meantime, if you are looking for an alternative, the AR Ruler app seems to do the job quite well and is also much more feature-rich than the Measure app. 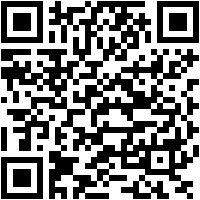